Jacky Lloyd is a sculptor in stone, with a back-ground training and career in jewellery manufacture.

With a BA (FA) degree majoring in Jewellery, Lloyd opened her own independent studio in 1986 (to 1997) at The Castle Breweries in Woodstock, Cape Town, as a studio-artist jeweller.

From 1989-97 Lloyd lectured part time at the Ruth Prowse School of Art in Jewellery manufacture, design and enamelling techniques. While teaching, she joined a wood carving sculpture course (1997) at the school.

A 6 month (relief position) high school art teaching post in 2005 was a career watershed, following which Lloyd moved decisively toward sculpture. South African Resistance art, familiar from the 80’s and 90’s, was by then a formal module in the school curriculum. Approaching this as a historical subject was revealing in how little of what had been fought for was in effect achieved after 1994 Democratic transition, particularly for women. This became the impetus for a sustaining subject matter as a sculptor.

The relationship of jewellery to sculpture is conceptual rather than technical, so that the transition was instinctual, while preferring the challenges of wider intellectual and spatial possibilities that sculpture provides.

In 2018 Lloyd moved out of the city to build a dedicated space in which to carve and lift heavy stone. Her jewellery practice continues on a secondary level, while since 2020 sculpture work has become her primary focus.
Lloyd is currently working on two concurrent themes, and plans to exhibit one collection later this year. 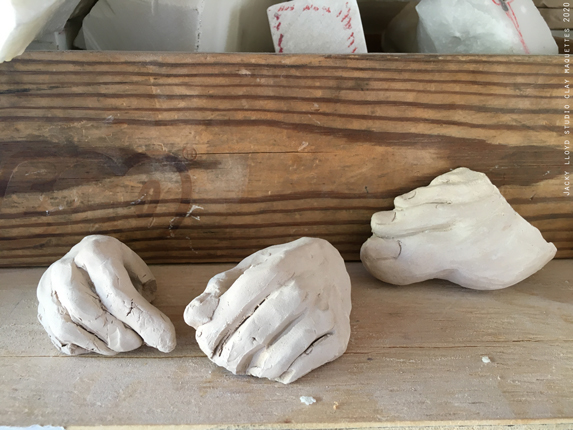